Kim Kardashian West’s style has evolved over the years—we know that. But the beauty of her wardrobe is that she often finds outfit formulas she loves and sticks to. This means that (in theory, anyway) they’re easy to re-create, although they’re often much more daring than we would usually go for ourselves. You have to admire KKW for being adventurous when it comes to her fashion choices, and while we might not be ready to wear her looks yet, we’re bookmarking them for later. Keep scrolling to see the Kim Kardashian West outfit formulas the style setter can’t get enough of.

Style Notes: No stranger to an over-the-knee boot, Kim has lately taken to teaming hers with city shorts or lycra body suits that end mid-thigh. It’s characteristically bold, but a worthy alternative to boots and mini skirts or dresses. 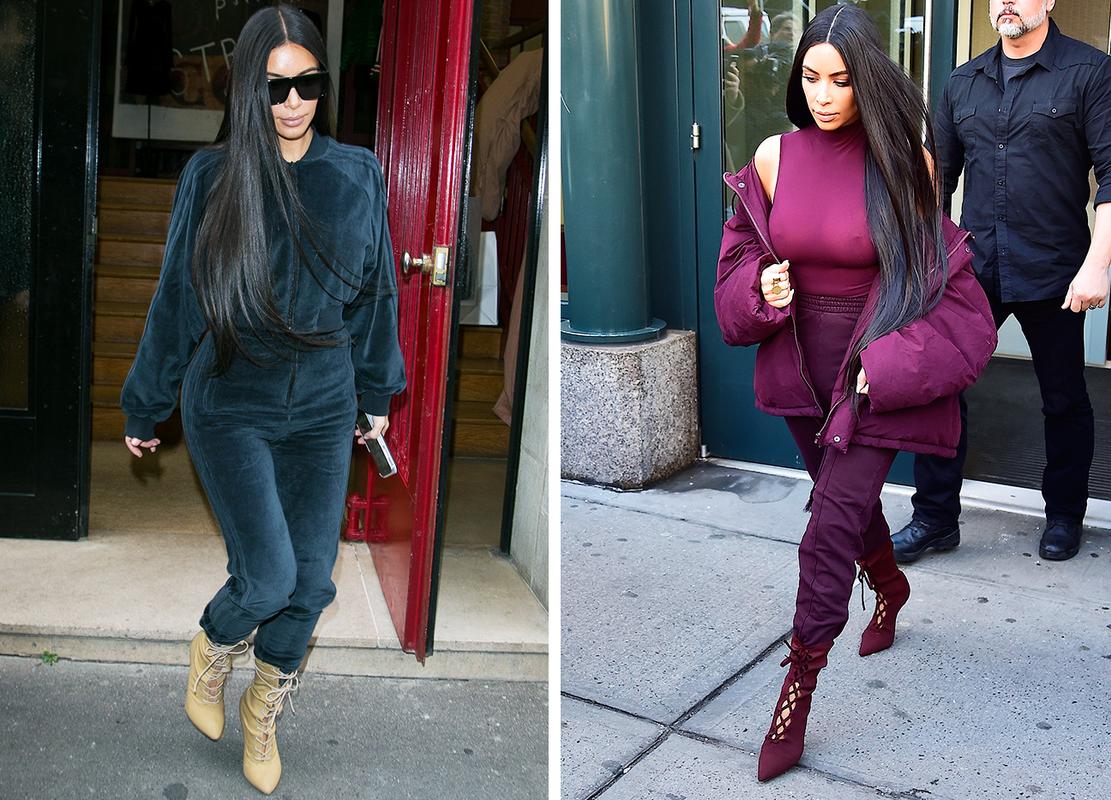 Style Notes: Not since J.Lo circa the early ’00s have we seen someone being able to pull off this look. The trick to being polished while wearing a tracksuit is making sure it’s the same colour and is tucked into pointed boots.

5. The New Take on Power Dressing 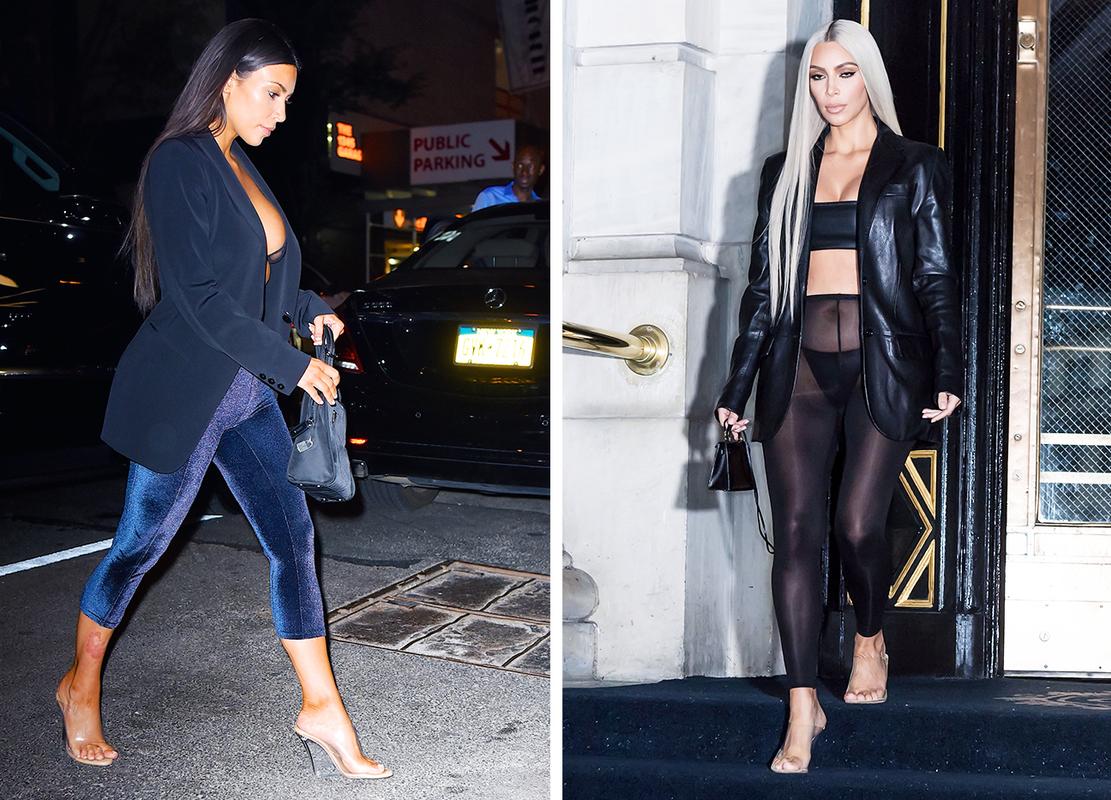 Style Notes: Here’s where Kim K really shines—when wearing the most revealing but still trend-setting outfits. And how better to showcase this skill than via her love of leggings? From the sheer, knickers-baring pair to a blue glittery iteration, these a world away from the leggings we wear to the gym.

7. Bum Bags With Everything 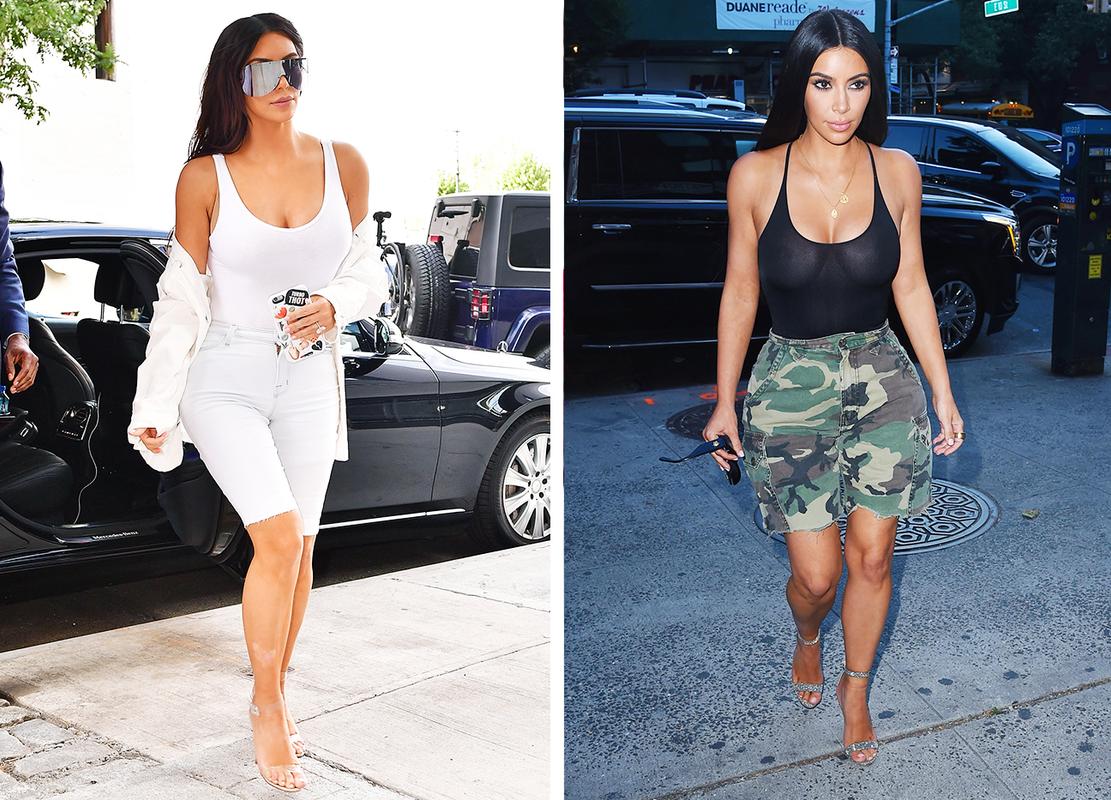 Style Notes: Ah, the bodysuit. True, it was huge in the ’90s, but no one wears one better than Kim does. She always goes for super-simple versions, but there’s always a little sass in them. And she’ll often wear them with cutoffs.

We use cookies on our website to give you the most relevant experience by remembering your preferences and repeat visits. By clicking “Accept”, you consent to the use of ALL the cookies.
Cookie settingsACCEPT
Manage consent

This website uses cookies to improve your experience while you navigate through the website. Out of these, the cookies that are categorized as necessary are stored on your browser as they are essential for the working of basic functionalities of the website. We also use third-party cookies that help us analyze and understand how you use this website. These cookies will be stored in your browser only with your consent. You also have the option to opt-out of these cookies. But opting out of some of these cookies may affect your browsing experience.
Necessary Always Enabled

Any cookies that may not be particularly necessary for the website to function and is used specifically to collect user personal data via analytics, ads, other embedded contents are termed as non-necessary cookies. It is mandatory to procure user consent prior to running these cookies on your website.