’90s Fashion Trends That Have (& Haven’t) Made a Comeback

The resurgence of ’90s fashion has resulted in a truly mixed bag of emotions. While the ’90s can be credited with providing us with now-favourable slip dresses and kitten heels, there’s also a raft of trends we’d like to keep in the past. After reaching out to the rest of the Who What Wear team, we reminisced about all the pieces we used to be so proud to own but can’t imagine ever wearing again (we think), as well as the celebrity looks we’ll happily revisit time and again.

Just when you think all of the possible forgotten looks from the 1990s had remained hidden, along comes another one. How much do you want a really ridiculously small bag right now? And how much better would it be if it had tiny handles and was rendered in silk-satin (see Kate Beckinsale below)? Or what about those ’90s Kate Moss images you come back to time and again for inspiration on what to wear on a night out? We’ve recently rediscovered a love for old-school SJP and combat trousers, too. The revivals are coming in thick and fast, people. Thick and fast.

Keep scrolling for our guide to the ’90s fashion items, trends and combinations we wore to death and then forgot about until now.

Style Notes: She will forever be remembered for that safety-pin dress fromVersace, but let us not forget this stunning chainmail number, please. The fabric became popular after Gianni Versace created a more wearable version, and the idea has returned yet again with chainmail tops popping up all over the high street.

Style Notes: If your top wasn’t a) a vest or b) a corset in the ’90s, then you were living in a bubble! SJP was a strong supporter of boned and bodiced bandeaus, wearing them with everything from short suits to fancy red carpet skirts. The look feels a bit restrictive in 2018, so it’s probably better to go for the milkmaid-style bustier-top trend instead.

Style Notes: Slip dresses will be popular forever and ever, but there’s something about the slinky bias cut that feels so right now. Kate Moss has long been an advocate of the simple style, but she was a particularly strong figurehead for them in the ’90s.

4. BEING A BIT HIPPY

Style Notes: If you weren’t grunge or super polished, you probably spent the ’90s trying to imitate Lisa Bonet and her artfully thrown-together NYC hippy look. The mini sunglasses and sneakers still stand up today, and we all know celebs continue to love a “naked” dress.

Style Notes: Printed leggings started in the ’80s and went well on into the ’90s. It’s not a look we’re often found reaching for these days, but there’s no denying that Naomi Campbell looks smoking hot in this matchy ensemble.

Style Notes: Tell us truthfully now: You want a mini bag again, right? Kate Beckinsale’s little fabric bag (and pink skirt) look so right for now. We wonder if she still has the pieces she wore to this film premiere. Also, props to Clare Danes on the very au courant tiger-printed top.

Style Notes: Take one look at Zara’s new shoe collection and it’s like we’ve journeyed back to 1995 when strappy heels were the only option. Here’s Jennifer Lopez giving an excellent “business casual” look in hers. 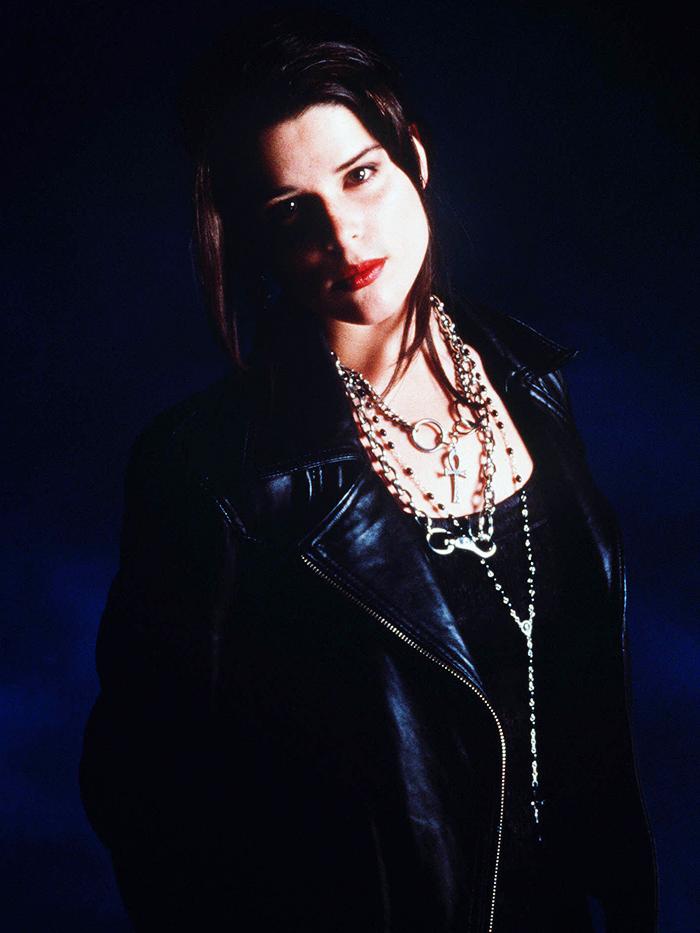 Style Notes: Thanks to The Craft, there wasn’t a group of friends in the ’90s who didn’t try the ‘light as a feather, stiff as a board’ game (if you know, you know). But trying out spells isn’t the only thing the goth movie inspired—it was also our wardrobes. Cue lots of layered necklaces and a lot of black. 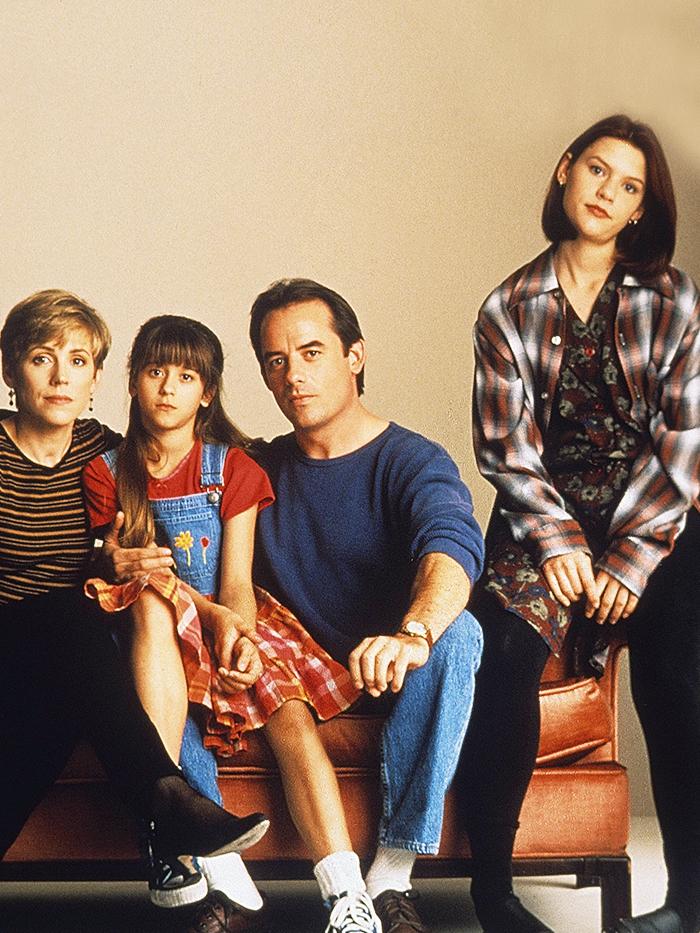 Style Notes: Blossom, played by The Big Bang Theory star Mayim Bialik, was probably singlehandedly responsible for our obsession with ridiculous quirky hats. While we’re much more for a cute beret these days, back then, the school of thought was “the bigger, the better.”

Style Notes: Sure, the LBD hasn’t exactly disappeared, but in the ’90s, it was all about the super-short and sassy version. No one did it better than Jennifer Aniston’s Rachel from Friends.

Style Notes: Oversized denim dungarees were hugely popular among hip-hop stars in the early ’90s, but it wasn’t long before everyone from TLC to Joey Potter in Dawson’s Creek and Rachel Green in Friends had a pair too.

Style Notes: Ah, the baby-doll. Mainly considered lingerie, it wasn’t until Emma Bunton, aptly nicknamed Baby Spice, started wearing them as eveningwear that they became such a trend.

Style Notes: Tinted sunglasses may be popular Instagram fare among likes of Gigi and Bella Hadid right now, but has anyone really worn them better than fashion’s original sister duo, Mary-Kate and Ashley Olsen?

Style Notes: If you didn’t have a tie-dye T-shirt like the original Destiny’s Child lineup, were you really living through the ’90s? These were truly everywhere, with even grunge icons like Kurt Cobain getting involved.

We use cookies on our website to give you the most relevant experience by remembering your preferences and repeat visits. By clicking “Accept”, you consent to the use of ALL the cookies.
Cookie settingsACCEPT
Manage consent

This website uses cookies to improve your experience while you navigate through the website. Out of these, the cookies that are categorized as necessary are stored on your browser as they are essential for the working of basic functionalities of the website. We also use third-party cookies that help us analyze and understand how you use this website. These cookies will be stored in your browser only with your consent. You also have the option to opt-out of these cookies. But opting out of some of these cookies may affect your browsing experience.
Necessary Always Enabled

Any cookies that may not be particularly necessary for the website to function and is used specifically to collect user personal data via analytics, ads, other embedded contents are termed as non-necessary cookies. It is mandatory to procure user consent prior to running these cookies on your website.